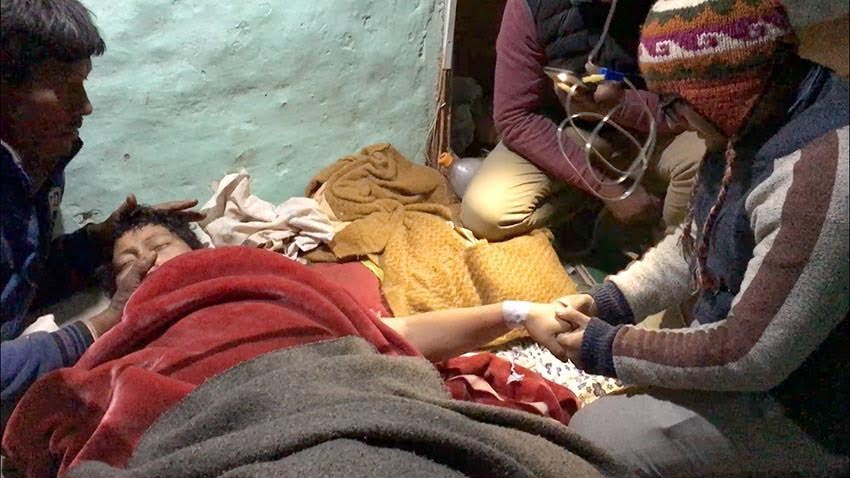 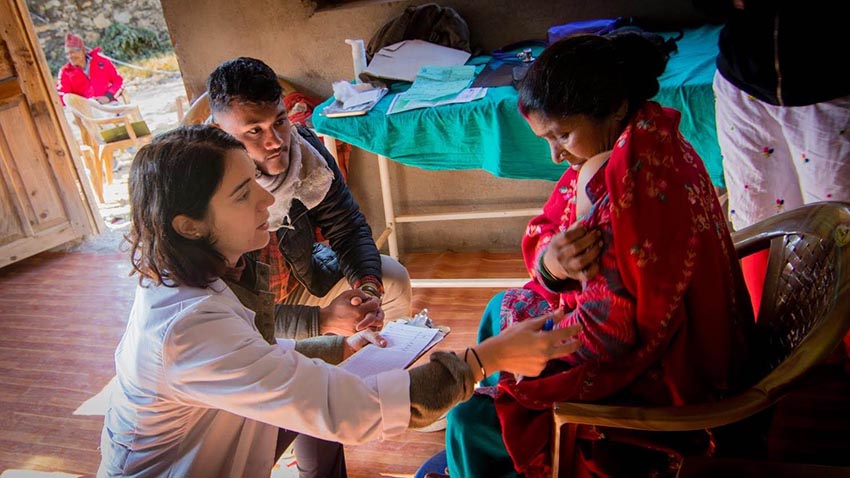 Basanti is a 32 year old woman from the small village of Bajrabarahi, about three to four hours from Kathmandu (depending on your mode of transport). Ten years ago she fell in love with Dikpal; they married and had a child together. She presented at the clinic with stage four breast and brain cancer that had metastasized, possibly spreading to her bones. 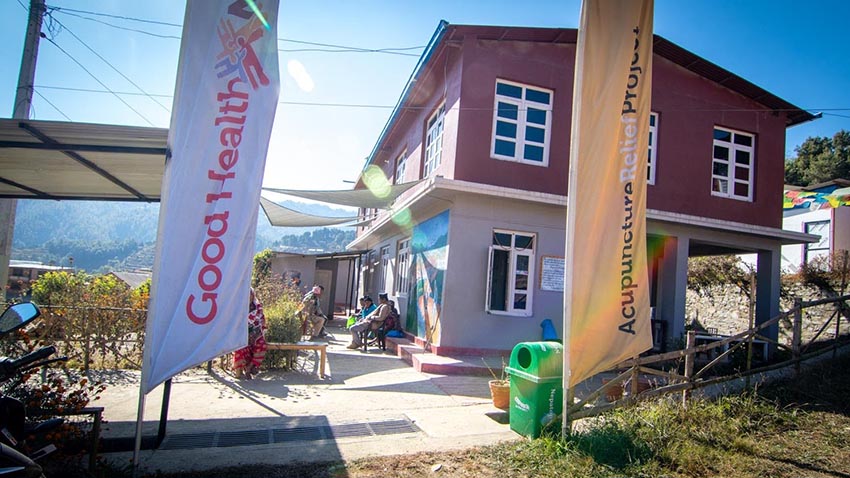 Basanti was carried into the clinic by her husband in the early morning. Requesting a bucket be placed beside her bed, within minutes she was throwing up. It was Basanti's first visit to the clinic, her chief complaint being nausea and a one-sided temporal headache. For the past fifteen days she had been vomiting intermittently due to the severity of her pain. The constant sharpness in her left temple was so severe she had been bed ridden for weeks, struggling to keep food and water down. Basanti was initially hesitant to disclose her recent history, possibly because she was weary of further medical intervention. After some time she revealed she had had a mastectomy on her right breast eight months prior, followed by six courses of chemotherapy and twenty-five days of radiation therapy. Almost as an afterthought, she told me of a lump on the left breast that had been itchy for the past few months.

I asked if she would allow me to examine her left breast, anticipating some resistance due to Nepalese cultural norms. Basanti barely batted an eyelid before whipping off her top like it was the most routine and mundane of requests. Underneath the left arm pit was a raised rash, extending over the breast and across the upper abdomen. I could hardly feel through to the breast tissue, the skin was so thick and coarse with patches of dark brown pigmentation surrounding an inverted nipple.

We discussed her recent biopsies and the advice given from her oncologists. One doctor suggested she have her left breast removed whilst another said it was unnecessary considering the cancer had already metastasized to the brain. Basanti shot me an exasperated look and with heartbreaking clarity said "I feel too weak to have surgery again."

Her husband Dikpal handed me a bag of Basanti's reports from the Bhaktapur Cancer Hospital in Kathmandu. The wad of papers and stack of MRIs was so thick I sat myself down to look through them. Down the bottom of the bag I noticed an equally thick pile of smaller papers. Hospital bills. I'll come back to those shortly. The reports read: 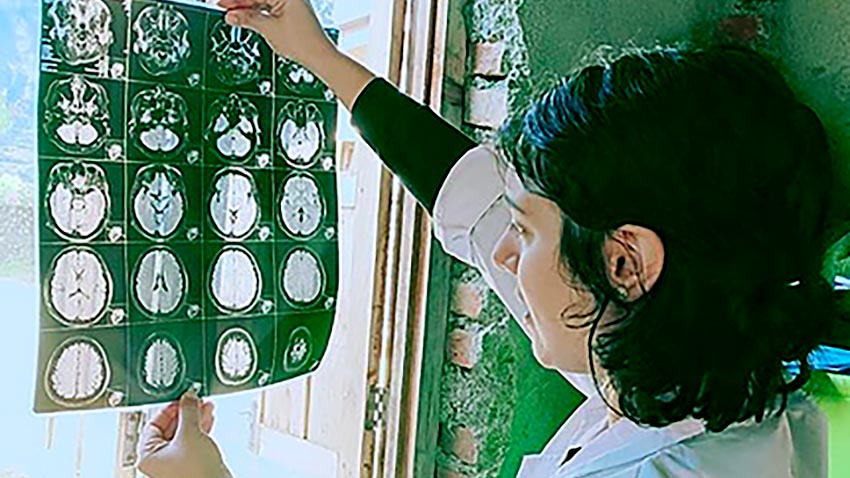 Aggressive, metastasized cancer is never a good prognosis. Basanti had been suffering without hospital care or medical supervision for months. She had been prescribed NSAIDs, antibiotics, proton pump inhibitors and paracetamol but without professional monitoring, not to mention being unable to stomach them for long, it was unclear whether they were offering Basanti anything more than the comfort of a placebo. I was beginning to understand why she had refused the mastectomy.

The last time she was in Bhaktapur Hospital it was costing 10,000 rupees per day, approximately an average months wage. Staying in hospital wasn't an option. Letting the cancer take her life in the comfort of her home, albeit without morphine or other palliative care assistance, was the only "choice" remaining.

I gave her some electrolytes to add to her water, recommending she sip it throughout the day and needled anti-nausea points PC 6 and Ren 12 which settled her while she was at the clinic. The only other services we could offer were intravenous (IV) fluids and IV Diclofenac - the strongest non-steroidal anti-inflammatory drug available. Basanti refused, explaining that she had been through enough. "I just want to be at peace," she said. 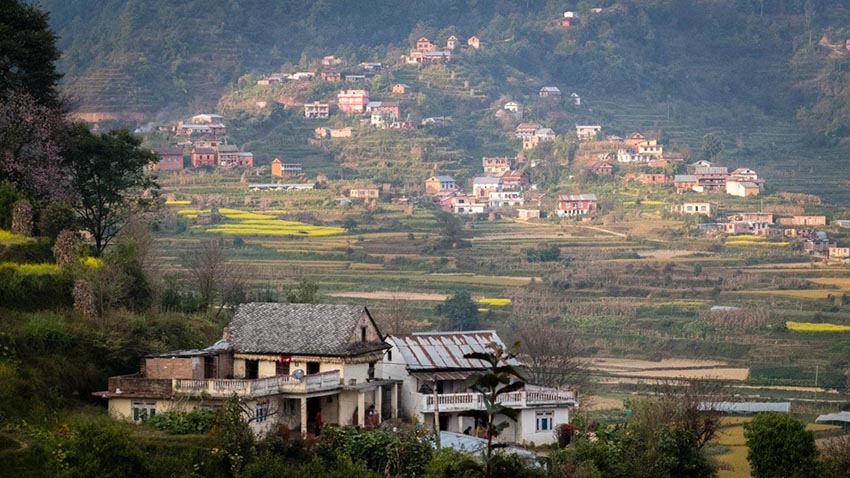 Due to the complex care needs of Basanti's case I was working beside the wonderful Tsering Sangpo Sherpa, Nepalese Liason for the Acupuncture Relief Project and Advisor to the Board. Tsering's calm presence, wisdom and experience ensured fluid communication, instilling a deep trust with Basanti and Dikpal during this delicate period.

Tsering and I rode out to the village the following day to visit Basanti at home. She lay on a mattress in the main room of their mudbrick house, curled in foetal position and wrapped in heavy blankets. It had been dropping down to zero degrees at night and even now the small room was teeth-chatteringly chilly. I crouched down next to her and asked how she was feeling. Barely able to speak she described the intensity of her headache and constant vomiting making it impossible to keep anything down. She appeared even weaker than the previous day and within minutes was throwing up again, this time she was bringing up dark blood.

She pulled herself back from the side of the bed and turned to me, "I can't eat. I can't walk. I can't sleep. I want to die."

At this point I was feeling surges of anger towards the healthcare system that had failed Basanti and countless others like her. Without exorbitant amounts of money for hospital care or expensive equipment to be set up in the home, there is only one option for most patients unable to cover such costs: to die a painful death. Palliative care in Nepal is a sector that requires more focus and much more funding.

I repeated what I had told her the day before, that perhaps the little we could do might ease the intensity of the headache and hopefully reduce her nausea. I asked her if she would like to try. After a short pause she agreed.

Tsering and I jumped back on the motorbike and raced to the local pharmacy where we explained Basanti's story to Dr Sharod, a visiting doctor who just happened to be there. Doctor Sharod left with us to administer prescriptions that included IV Pantoprazole 80mg over 4 hours, Diclofenac 75 mg stat and Metoclopramide 10mg over 5 minutes. Considering the severity of Basanti's condition we were unsure whether Diclofenac (an NSAID) would be strong enough to reduce her pain. Dr Sharod also wrote a script for Tramadol (a much stronger opioid) however because opioids are so highly regulated it was only available at the hospital, 1.5 hours away. It was already late in the evening; the Diclofenac would have to do for now. 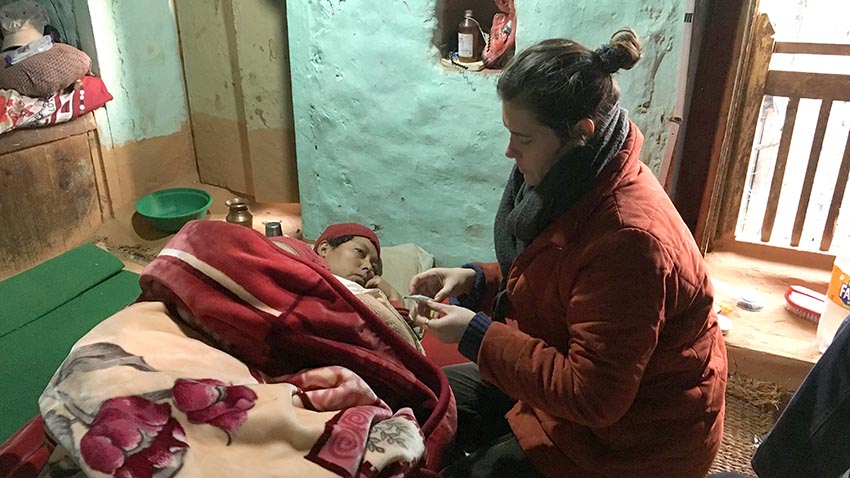 We spoke to Basanti the following day. Her headache had reduced, she had been able to walk, eat and drink a little, and she hadn't vomited all day. I was so relieved as the very next day marked the end of our camp. I knew that Basanti would be in good hands with Tsering and Dr Sharod but to hear such an immediate ease of symptoms from her was a (small) comfort. It looked as though Basanti could find the peace she was hoping for.

Her journey with us highlights the importance of what the Acupuncture Relief Project is striving to accomplish every day. Offering medical advice and the most appropriate treatment for patients who cannot afford other options. My hope is that Basanti’s story can inspire the broader medical community so that others like her can receive the end of life care that they deserve. --- Lauren Pegoli

Other stories about Lauren's experience in Nepal - Click here. 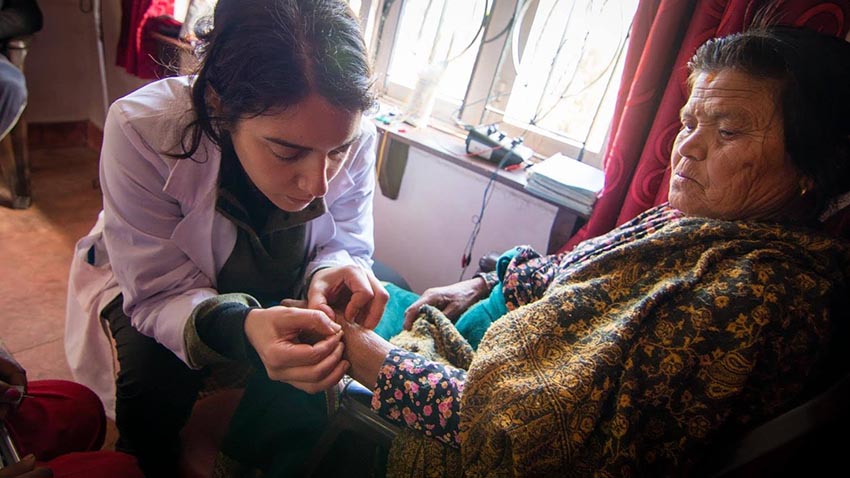