The Magic of Determination 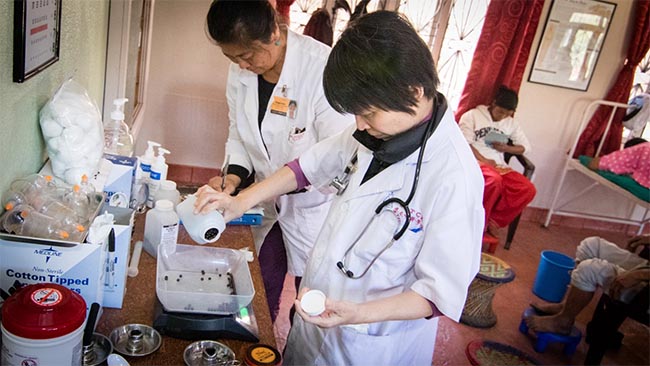 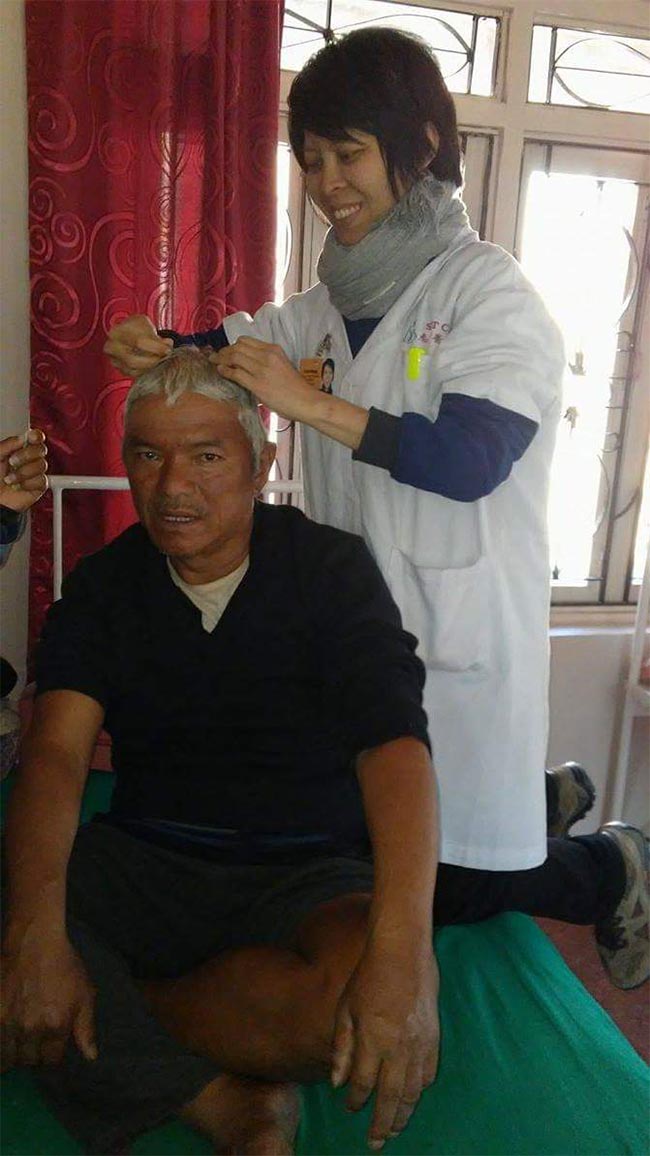 I meet Buddhi for the first time at the end of the second last week of the camp. He had a stroke 5 years ago which affected the mobility of his left arm and hand. Although he can walk quite normally without limping, the stroke left constant burning sensation in his left hip and leg.

Buddhi has almost no strength in his left arm, and poor grip in his hand. I ask him to hold a stone the size of his palm. He gingerly wraps his fingers around it, lifts up a few millimetres, then drops it.

I ask Buddhi what he expects me to do for him. He wants just for his hip pain to go away. He believes there isn't much hope for his hand to recover.

"OK, " I said. "We will concentrate on treating your hip but I still want you to work this hand." I make him come for treatment everyday even though he travels a few hours to get to the clinic. I also gave him homework to practice holding the "magic stone" for one hour at home.

I treat him with scalp acupuncture, acupuncture on his left arm, hip and leg with electro-stimulation. This will be the same treatment repeated for the next few days.

The next day when Buddhi came in, I ask him to take the stone out of his bag and show me what he can do. I have a big surprise. Not only can he grip the stone, he is waving it above his head, with a beaming smile on his face. We clap and cheer his success. He said he had been practising until 6pm from the time he got home.

"Now try this stone." We progress to a stone smaller than his palm. He frowns with concentration, chasing the stone around while trying to hold it and losing it awkwardly. "Go home and keep practising." We continue the same acupuncture treatment.

On the fourth day, Buddhi proudly shows me how he has overcome the smaller stone. I hand him his clinic card and challenge him to grip it with thumb and finger of his weak hand. With much focus, he closes thumb and finger on the card. He looks at me, his eyes filled with disbelief. Tears were welling in my eyes. We clap and cheer again. The next task is to practice finger grip on a pebble and placing down with control.

By now, I refrain myself and the interpreter from helping him with his dressing and packing his bag. He may be slow but I insist that he uses his weak hand, instead of favouring the good hand. This forces the brain to rewire his weak hand. It is believed that stroke patients can lose the use of their weak limb through "learned nonuse" (Doidge, 2010)

On the fifth day, his finger grip improves. He is able to hold a pebble with 2 or 3 fingers and place it down with control. The burning sensation in his hip has reduced. Yet he is complaining of pain in his head due to daily scalp acupuncture.

As we part, I encourage him to continue practicing with the stones for the next few weeks while waiting for the clinic to reopen. As his brain rewires, he may, one day, be able to resume most of the use of his affected hand and return to farming again. That is the wish he expressed.

My stint in Nepal has come to an end. Buddhi's case touches my heart deeply each time I think of this experience. With his determination, he has shown me the magic in those stones that I picked from the roadside. ~ Kaikit Wong

Doidge, N. (2010). The Brain That Changes Itself: stories of personal triumph from the frontiers of brain science. Scribe Publications Pty Ltd. Australia. Chapter 5.