Compassion is the Communication 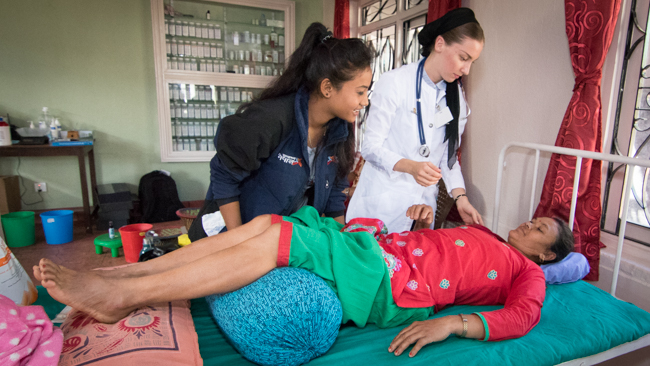 I come from a large Russian Orthodox family and an even larger community. I spent my childhood wondering what any limits might be. What would that look like, where would the red tape might be, and how I was to grow within them? But I knew from a very early age (8 to be exact), that I wanted to help others. It led me down the road to becoming an Acupuncturist and volunteering with the Acupuncture Relief Project. 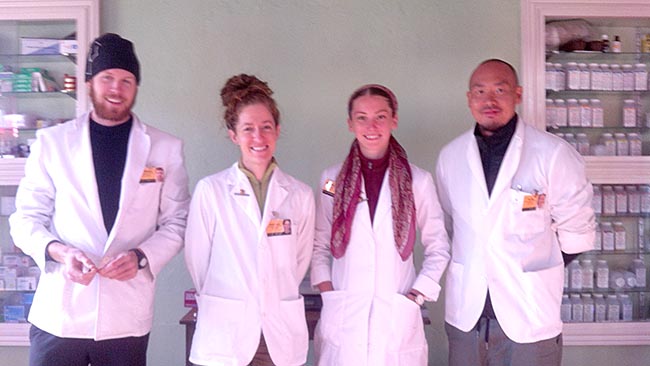 At the ARP clinic I initially acted solely through the wonderful interpreters translations. Fresh from school, I now got to apply my knowledge in a wider arena, sometimes feeling like an imposter with the newness of it all, just playing house, waiting for someone to come in and take over. But then it dawns on me that this is it. We are the practitioners here. Yikes! This just got a little too real. A visiting intern native to Nepal whose family is still several hours away shared my feelings of being unsettled in the first weeks. Though her family is reachable, the demands of a busy clinic along with independent research of pathologies and team classes after clinic several times a week can make the feelings of distance seem magnified. This was comforting to hear, and confirmed that the excitement of practicing medicine in a different country to be mixed in with the pangs of physical distance from loved ones and barriers of inner constructs was a rewarding challenge to overcome. 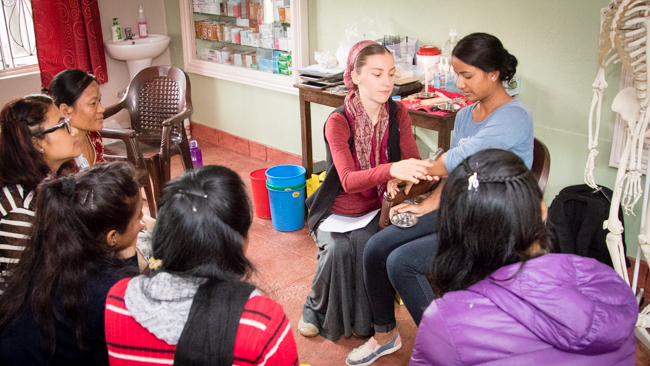 Weeks passed and I found myself seeing past the imagined barrier and started paying attention again to beyond just words being said by the patients. Looking into my patients faces, I struggled less rely only on what my TCM education had instilled and focused what else patients were communicating, and sat with my intention of wanting to do good for others. Many times throughout I thought to myself that I’ve reached my red tape. Then, a patient under my care who was 4 months post stroke and in poor spirits at the time of the initial visit had been coming in for daily treatments now had now reached almost full functions for daily living. He could dress without assistance, able to shave with the help of a friend, and regained the use of his right hand for eating. Eating rice was still challenging but we both felt victorious; we both made through that tape! 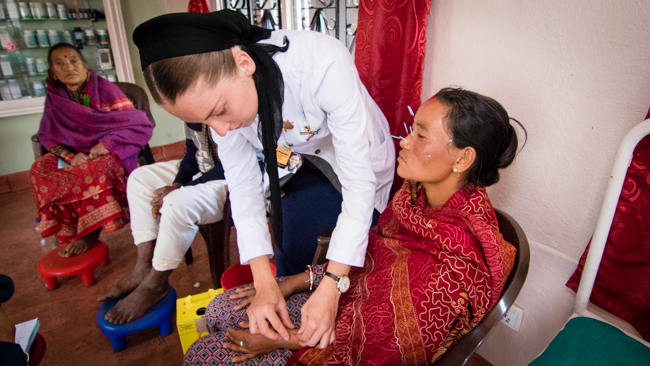 Another patient who started coming in for pain brought her own barriers. We quickly found out she was mute and I thought, “Hmmm, thought I ran through that red tape…” She was pointing to several places and making expressions of pain, and through a few orthopedic tests and more motions to gauge levels of severity we were able to get a working treatment plan together: gastritis primarily (she had been vomiting and had lost weight from it), shoulder pain secondarily, and knee pain last. Here I felt that giving the care didn’t require knowing her language per se. She and I mutually understood her needs; after a few treatments her gastritis started to resolve, and we moved on to other things on the list. I imagined this process of continually sticking to what I believed where her chief complaints to be like a mysterious mailbox destination; one isn’t always quite sure if the parcel is getting through (much like the reality of people not having mailboxes here, but mail does somehow reach its destination). She and I would wave vigorously hi and bye after subsequent visits, and the unspoken communication that had grown peaked my interest in how one is able to deliver care but not always needing to say verbatim, “I am going to deliver care to you”. 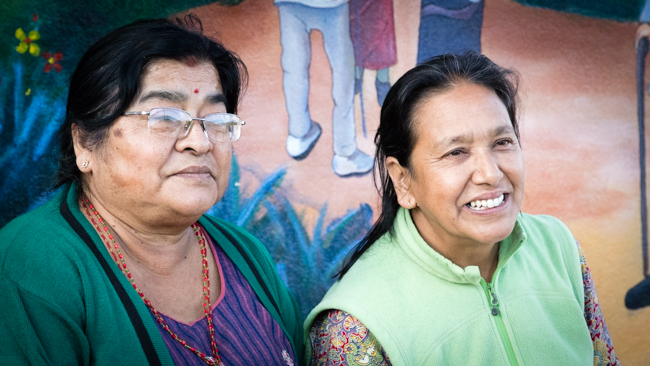 I had the opportunity to learn about this idea of nonverbal care a few weeks ago during a women’s clinic that came to Bajra Baraji to treat women for prolapse and screen for cervical cancer. They had set up near the ARP clinic with the goal to get as many women seen and to take samples for testing, that way if any were positive then they’d be able to commence treatment. Screening for cervical cancer has shown to dramatically reduce the number of cases of and mortality from cervical cancer in developed countries; and Nepal has the highest rate of deaths from cancer. It is especially so in isolated villages like the one we are working out of. 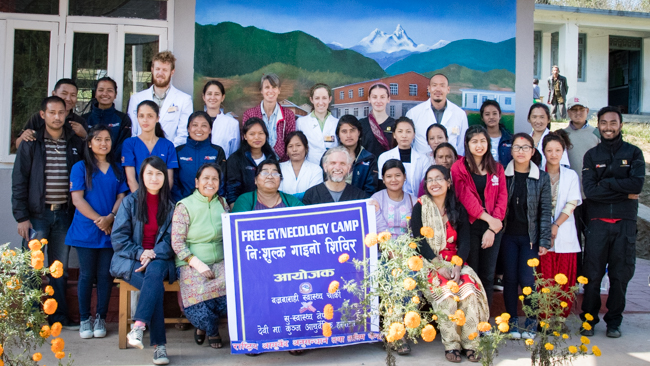 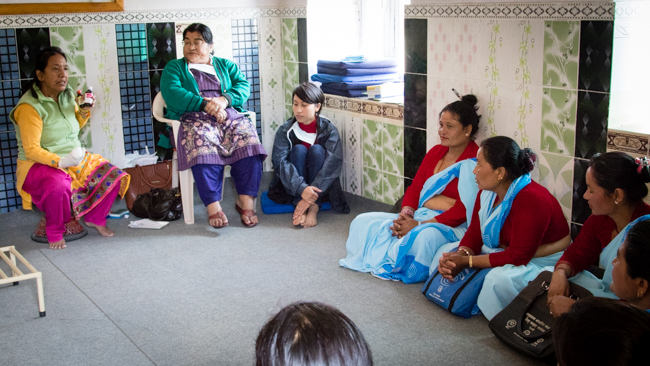 As I was shoulder to shoulder with the other doctors watching them perform examinations, eyeing patients funneling through, I was trying to imagine what they might have going on in their lives outside this moment. One patient, who looked about 50, no more than 5 feet tall and was probably someone’s mother and possibly grandmother. She had hair that was neatly braided and tied at the end with bright red yarn that had some small bells swinging on the end and a matching red Kurta; traditional Nepali dress that many women only wear on special occasions now. This woman wore the sweetest expression and carried a disposition of someone not used to being examined so closely while she gave a short explanation to the doctors about why she was coming in.

I didn’t catch the conversation with it being in Nepali, but after the examination one of the doctors was hugging the patient from the side while she told us in English that they had found advanced abnormal variations on her cervix, a key marker for cancer not in early stages anymore. The Nepali woman hadn’t understood this part, it not being said in her native tongue. I watched her as I heard this news was being given over my head to another doctor who was taking this down, and at that moment I had an image of my own mother standing in her place, foreign words being exchanged about her health. I was overwhelmed.  I had to look at the cracks in the ceiling for a while, then observed how this doctor spoke comfortingly and unrushed to this patient with dozens more still waiting just outside.

I read somewhere that once a person goes out to seek the unknown, it is impossible to return unchanged. I think that moment occurred to me just then. It made me question how I as a practitioner should be able to communicate effectively in situations I’ve not experienced before. This woman’s ability to face the doctors and be open to understanding the situation mirrored what I should be doing for them; be open to understanding and shine with kindness. 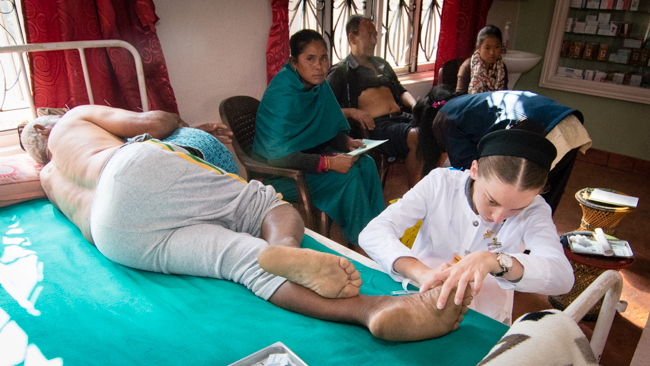 This is the realization I was seeking in coming here; to see how it is to stand amongst other communities and explore parallels of culture and healing practices to my own Russian Orthodox heritage, to bridge the gaps of what is meaningful, and grow as a practitioner for myself and others who may come to seek care. 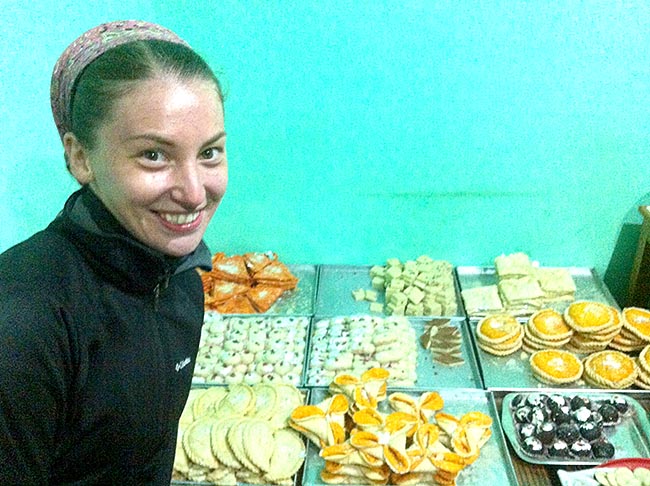 I believe that through volunteering with the Acupuncture Relief Project, I have reached that moment of getting to the red tape but realizing in a way that it’s just a hologram, that this is another point I have reached where before I felt was unreachable, now is another bend in the road that I just wasn’t able to see until I’ve reached this point. --- Fedosia Masaligin