Living and working in Nepal is a very difficult experience to summarize. It involves an elaborate collage of sensory, emotional and spiritual aspects that can be observed but which somehow defy categorization. Only after many months of treating patients, training interpreters and helping facilitate our practitioner teams does a theme slowly emerge as a seed on the very borders of my consciousness. A message from the universe answering the very question that is always on our minds. "What is this experience about?" I'm certain that this question gets processed a little differently by every volunteer, however, for me clarity is born of what to others might seem like a completely ordinary moment. 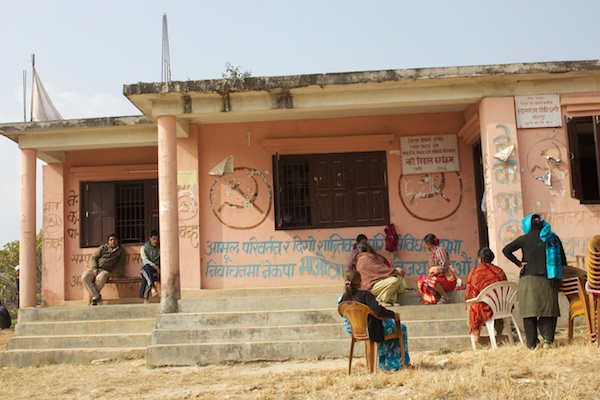 In November of this year we began a new outreach clinic in a small village called Champi. I personally love doing outreach clinics as it gives us the opportunity to expand the scope of the Vajra Varahi clinic in Chapagaon by providing support to communities that have very little access to care. Champi is a village that can not be reached by motorbike so twice a week one or two practitioners take a backpack of supplies and an interpreter, embarking on a beautiful walk across the valley. Descending a steep ravine to cross the river on a narrow iron bridge only to then make a breathless climb back up the other side. Crossing the terraced fields of mustard, winter wheat and potatoes we make our way to a small heath post where we set up a modest but very busy clinic. 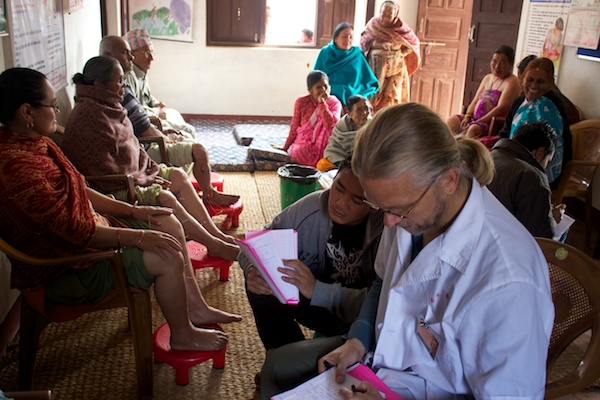 Our first few trips to Champi were exciting forays as people crushed into our limited room. One particular day volunteer Jennifer Walker and I worked feverishly side by side. Our little room had 20 patients, the two of us and our extremely overworked interpreter, Sushila, all trying to hear and be heard. In the havoc of this Nepali reality we interviewed, assessed and treated as rapidly and effectively as we could. I clearly remember a moment in the early afternoon when I felt an overwhelming joy fill me. Something about the complete absurdity of the scene collided head-on with the sublime perfection of what everyone was doing there. People with pain, paralysis, digestive disorders and bodies just plainly punished by years of manual labor all reaching out for someone to care. Someone to take the time to connect with them and explain why their arm no longer functioned or to offer some relief to their pain that was keeping them awake at night. And from our side, our desire to be of service and grow as physicians. Everyone's needs being met in one collective heap of chaos. And then came the seizure... 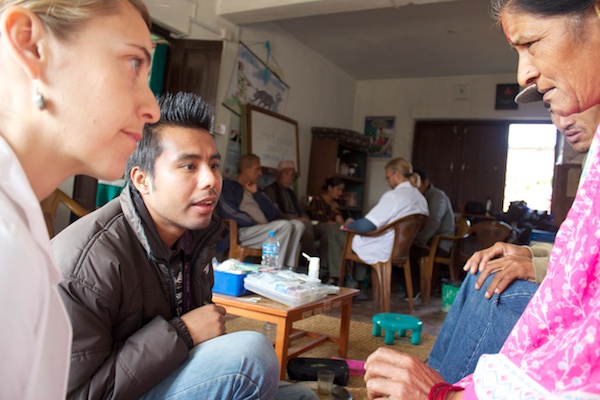 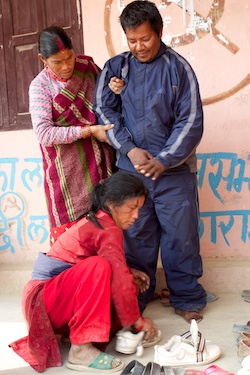 Out of the corner of my eye I saw a man suddenly stiffen. His leg was rigid at an unnatural angle shaking like a power pole in a hurricane. His head arched ominously to one side. I had not noticed this man before as he patiently waited for his turn to be seen but now he had my full attention. In fact, he had the whole room's attention. Drool poured from the man's mouth as the seizure persisted for... how long? Time has a funny way of bending around these events in a way that no one can really recall the facts clearly. My 19 year old interpreter had never seen a seizure before and was certainly shaken but she very professionally stood by me as I simultaneously tried to reorient the man and interview his wife. Like a thousand patients before him, the story I was getting out of his wife made little to no sense at all. The best I could understand was that the man was 40 years old and he had been having seizures with increasing frequency for about one year. This was not a good sign as seizures rarely develop in adulthood unless there are pathological changes in the brain (like cancer). As the seizure abated and the man began to regain his orientation I noticed that his right hand became contracted and was pulled tightly to his chest. The lightbulb in my head first flickered and then illuminated the fact that the man had suffered a stroke. As soon as I was asking the right questions, the story flowed from the man's wife easily and, well... mostly clearly. Jennifer administered a gentle acupuncture treatment while I encouraged the man and his wife to bring all of his medical records to Chapagaon so that we could review his case and give him a better understanding of what had happened and what could be done about it, if anything. 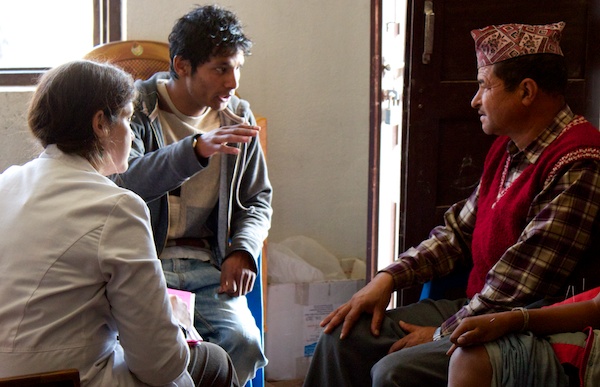 After reviewing his records I found that the man had suffered a full occlusion of the left common carotid artery. In layman's terms he had a clot block the blood flow to the entire left side of his brain resulting in severe brain damage. I was impressed by the extensiveness of the MRI visualization he had received as well as the life saving stints that had restored the flow of blood to the brain. I knew that this type of medicine in Nepal had probably cost his family their land. And now here he was. He could not speak, walk or move anything on his right side. He could only communicate with his wife though eye movements and small head gestures. Worst of all in my opinion is that no one had bothered to explain to them what had happened. They saved his life and then sent him home without any further support. 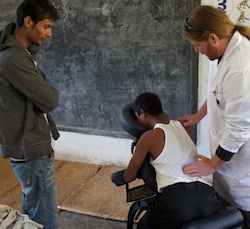 By now you are probably wondering, how on earth do you find gratitude in that? You would be right... It's difficult. This kind of heartbreaking story is an everyday occurrence here, however, I found gratitude in all that happened next. In the weeks that followed I did not see any miracles but I did see a compassionate, competent team of volunteer physicians and an extremely inspired group of interpreters go to work to restore hope. Together they educated the family and set out a plan of action prioritizing the recovery of his speech. In addition to providing acupuncture treatment they spent time working on vocal exercises. They trained his wife on how to continue these exercises on the days he did not come to the clinic. It was not long before he was making basic sounds and mouth shapes, the building blocks of speech. Back in Champi, he paraded around our small treatment room showing the patients how much better he could walk. To be honest, it didn't look all that good and it took a lot of assistance, but it was a start. The more important part was the fact that he wanted to share his progress with his fellow patients; his new found community of support and cheerleaders. His eyes were now bright with a desire to begin a new journey. When I look at these pictures I see all of the patients that benefit from our care. What I also see is the part that paints my heart with gratitude. It is not so much what you see as it is what is happening.... a doctor, a patient and an interpreter all coming together for one perfect moment in time. Sharing a presence and focus for the achievement of one goal. Connection.

Over this holiday season I hope that your lives will be as rich with gratitude as mine. Thank you so much for your interest and support of this project. --- Andrew Schlabach, President, Acupuncture Relief Project. 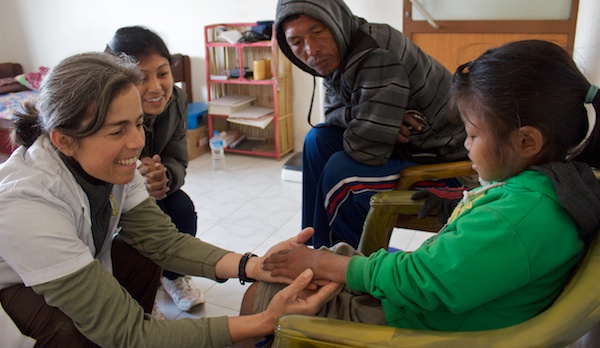