Painful Ulcerations of the Throat with Chronic Sinusitis 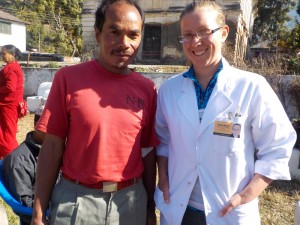